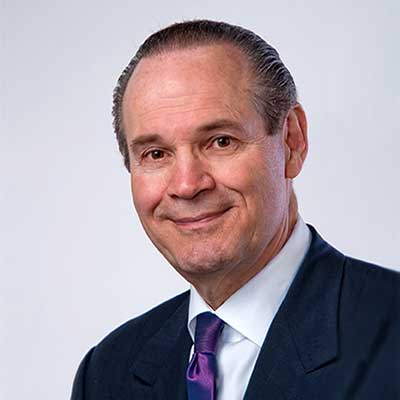 DR. TONY ALESSANDRA has a street-wise, college-smart perspective on business, having been raised in the housing projects of NYC to eventually realizing success as a graduate professor of marketing, Internet entrepreneur, business author, and hall-of-fame keynote speaker. He earned a BBA from Notre Dame, an MBA from the Univ. of Connecticut and his PhD in marketing in 1976 from Georgia State University.

Tony is Founder & Chairman of Assessments 24×7 LLC, a company that offers a variety of online assessments, including the widely used DISC profile, the Emotional Intelligence 360 assessment, Motivators (Values/PIAV) assessment, and several 360º effectiveness assessments.

He is also a prolific author with 41 books translated into over 50 foreign language editions, including the best-selling The NEW Art of Managing People; Charisma; The Platinum Rule®; Collaborative Selling and Communicating at Work.

He is featured in over 100 audio/video programs and films, including DISC Relationship Strategies; The Dynamics of Effective Listening; and Gaining the EDGE in Competitive Selling.
Dr. Alessandra was inducted into the:
• National Speakers Association “Speakers Hall of Fame” in 1985
• Legends of the Speaking Profession in 2009
• Speakers.com Top 5 Sales/ Marketing/ Customer Service Speakers 5 times
• Inaugural class of the Top Sales World Sales Hall of Fame in 2010
• Top 50 Sales & Marketing Influencers in 2012
• #1 World’s Top Communication Guru in 2012

MOLLY BLOOM is an inspirational keynote speaker, entrepreneur, and bestselling author of Molly’s Game. She is best known for her memoir, Molly’s Game, which was adapted into an award-winning film of the same name by Aaron Sorkin. Bloom’s memoir chronicles her journey from college student to LA waitress to building and operating the largest and most notorious private poker game in the world. Her games featured hundreds of millions of dollars and players like Leonardo DiCaprio, Tobey Maguire, A-Rod, and Ben Affleck.

Bloom began her career as a world-class skier. While training as a pre-teen she was diagnosed with severe scoliosis and had to undergo surgery that the doctors said would end her athletic career. A year later, fully recovered, she was back on the slopes. She later joined the U.S. Ski Team and at 21 years old was ranked No. 3 in North America in moguls, but her Olympic dreams would go unrealized as she left the team to pursue other projects. This led her to what she thought would be a year sabbatical in LA.

Bloom was finishing her degree in Political Science from the University of Colorado – Boulder, and was in the process of applying to top tier Law Schools, when her assistant job turned her into an accidental entrepreneur, running one of  the most exclusive, high-stakes underground poker games in the world, pulling in as much as $4 million per year. What happened next is where her story truly begins.

Bloom has appeared on numerous shows and in media outlets such as Ellen, Vice, The Los Angeles Times, NPR, Vulture, and has been asked to speak at Fortune’s Most Powerful Women, for companies like Blackrock Financial, SiriusXM Radio, and delivered the 2018 commencement speech at Colorado State University.

Currently, Molly is focusing her energy on uplifting and mentoring other women after having been the mentee of amazing, dynamic women herself. In 2020, she launched the One World Group to support women facing various challenges, especially those exacerbated by the global pandemic. 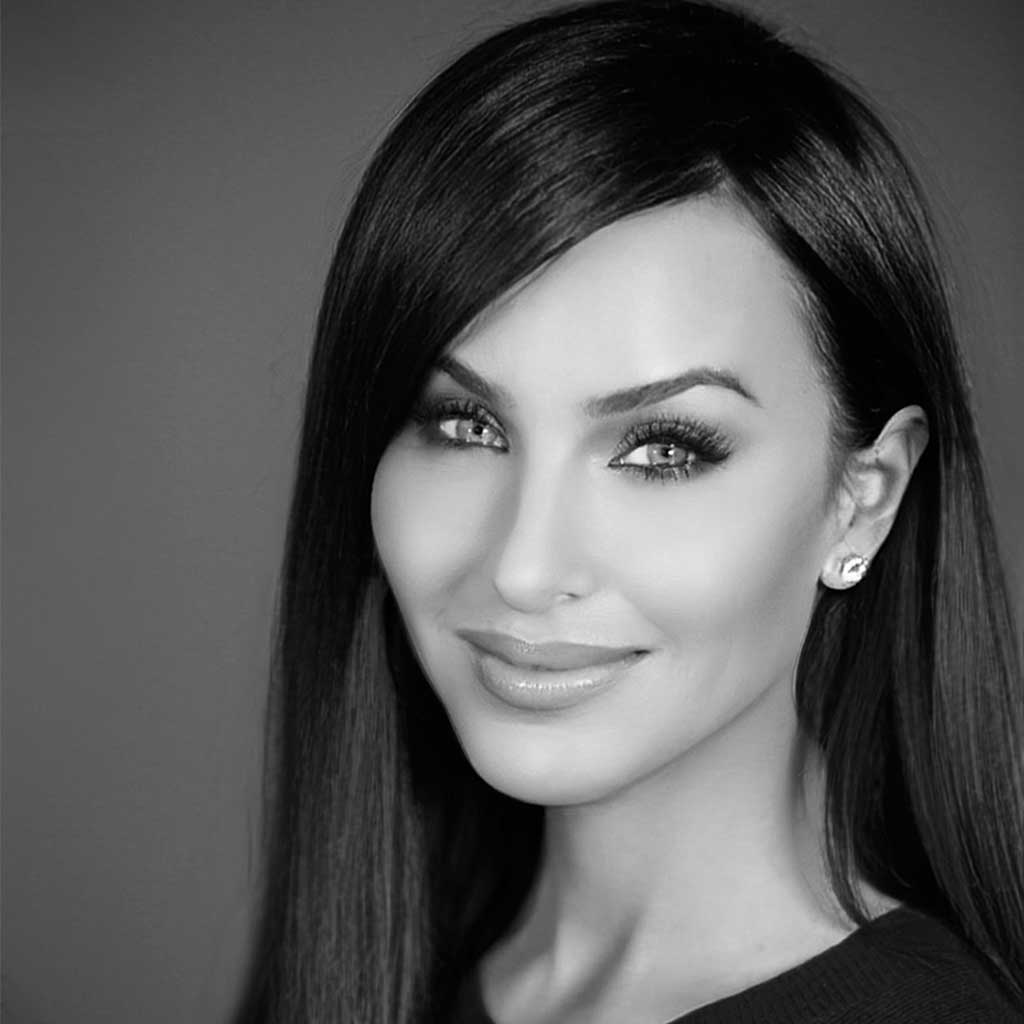 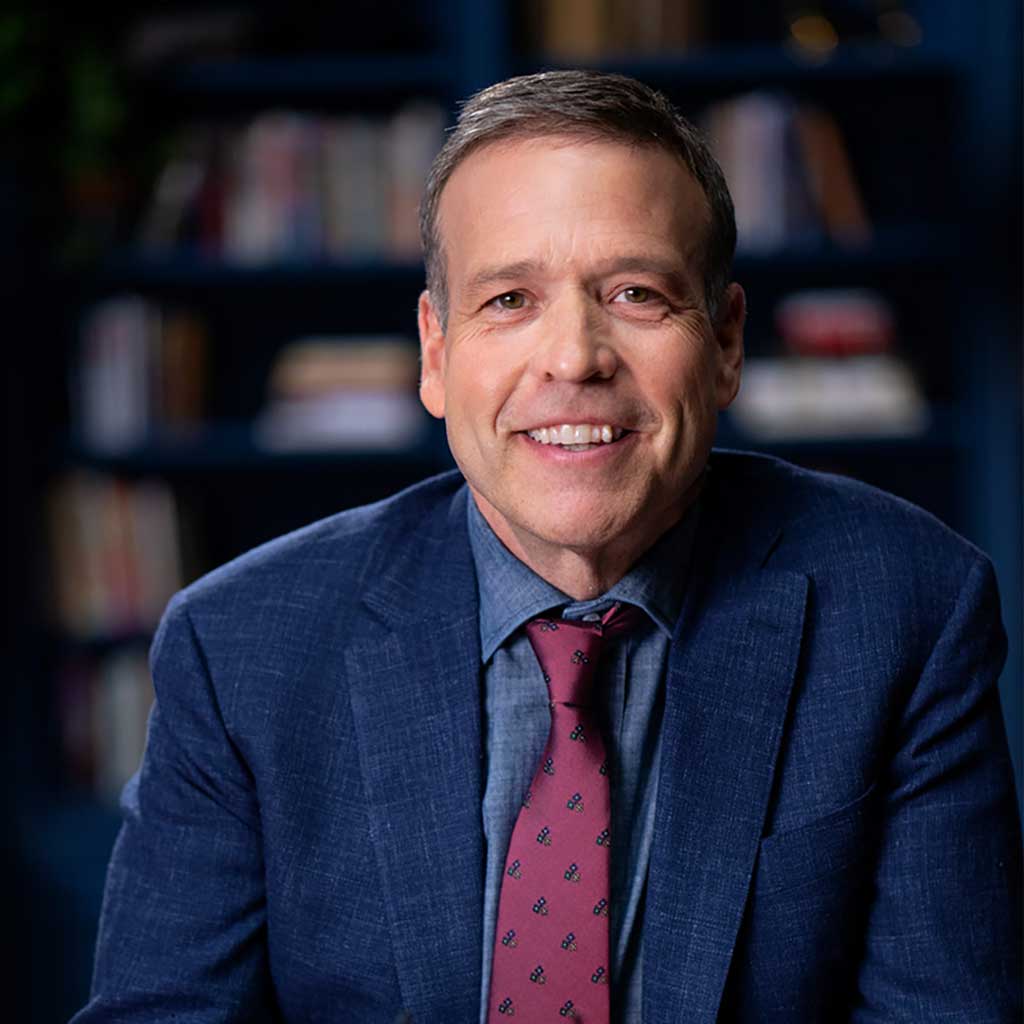 DONALD MILLER is the CEO of Business Made Simple, an online platform that teaches business professionals everything they need to know to grow a business. He is the host of the Business Made Simple Podcast and is the author of several books including the bestseller Building a StoryBrand. He lives and works in Nashville, Tennessee with his wife Elizabeth and daughter, Emmeline.

Dr. Michelle Rozen, Ph.D. is a game-changing, revenue-building, performance-boosting change expert, keynote speaker, and highly respected authority on the psychology of change. She is an author, a Huffington Post contributor, and a frequent guest on media outlets such as NBC, ABC, FOX News, and CNN.

Dr. Michelle’s rare blend of audience engagement, killer take-away strategies, and instant connection with the audience have made her one of the most unique and memorable speakers on the stage today. Her latest book is 2-Second Decisions, which provides people with a winning formula for leading change by making quick winning choices.

Dr. Michelle consistently speaks for Fortune 500 companies and her clients include some of the most recognizable companies in the world including Johnson & Johnson, Merrill Lynch, and The U.S. Navy. Dr. Michelle is a nationwide as well as international authority on leadership development, employee engagement, motivation and change management. Dr. Michelle is one of the most powerful inspirational and motivational speakers because she knows how to lead to powerful aha moments, move the audience toward passion and motivation, inspire action, and genuinely transform the way people think and act.

She holds a masters degree and a Ph.D. in Psychology and resides in the greater NYC area. 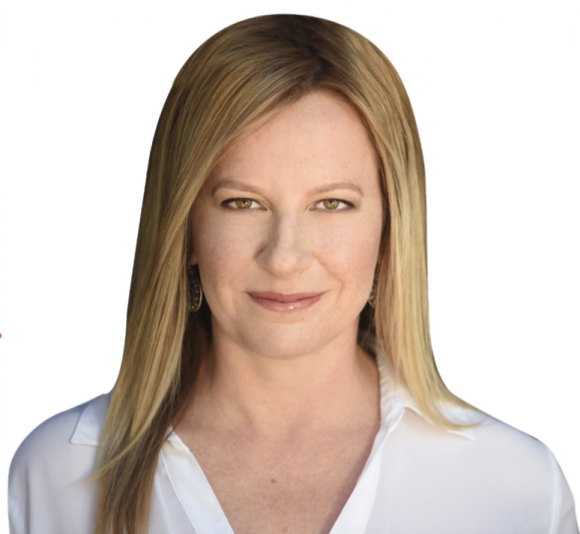 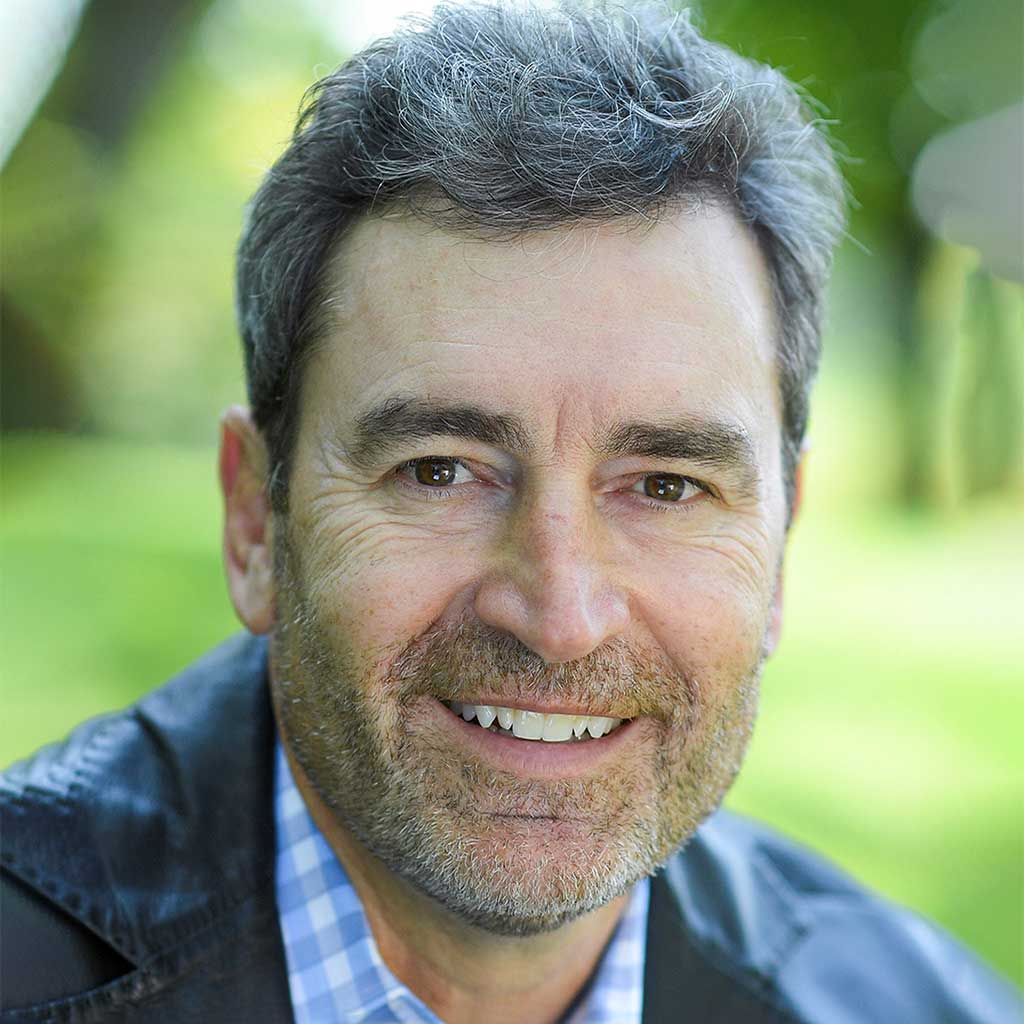 One of the most in-demand speakers and communications consultants in America, KEN SCHMIDT has lived a life that most can only dream about. He has toured the world on two wheels, met with presidents and royalty, partied with movie and music legends, and appeared numerous times on network news. As the former director of communications for Harley-Davidson Motor Company, he played an active role in one of the most celebrated turnarounds in corporate history – and got paid to ride motorcycles. He is widely known as one of the business world’s most outspoken and provocative thought leaders and has partnered with many of the world’s most successful brands.

Harley-Davidson. The longtime motorcycle enthusiast’s formal association with Harley-Davidson began in 1985. As a specialist in corporate positioning and media relations, Schmidt was asked to work with the then-struggling Harley-Davidson to help restore the company’s image and create demand for its motorcycles. Within a few short years, Harley-Davidson became one of the most visible and frequently reported-on companies in the world, while sales of its motorcycles rocketed upward. Schmidt became director of Harley-Davidson’s corporate and financial communications and served as its primary spokesperson to the media and the financial communities. He appeared numerous times on network news programs and was frequently called upon by business media to share his insights on non-traditional communications, customer attraction, and brand-building.

Life After Harley. Now, Schmidt is a frequent speaker to business groups and academic communities throughout the world. Few speakers generate more positive word-of-mouth and referrals. “I love to startle people by exposing them to proven ideas and concepts they’ve never imagined,” he said. Whether he’s talking about how to leverage basic needs to improve competitiveness, build an entirely new corporate culture, or reach out to new customers in completely untraditional ways, Schmidt never follows a predictable course. “Whether I’m talking about how perfectly average people can do extraordinary things or how to build an entirely new corporate culture, rekindle relationships with customers, or reach out to new ones in completely untraditional ways, I’m teaching people to throw conventional approaches out the window. I see opening hearts and minds as my life’s work.”

Today, Schmidt shares his expertise with many of America’s leading brands but happily states that he is “semi-retired,” which allows him to pursue his other passions. He calls working with the grandson of one of Harley-Davidson’s founders to create 100 Years of Harley-Davidson, the best-selling motor sports book of all time, one of the greatest highs in his life. After all he has accomplished his philosophy of life and business hasn’t changed: “Never do what’s expected, make yourself as noticeably different as possible, and have a lot more fun than you’re supposed to.”

BRAD SUGARS is the Founder of the Business Coaching Profession & the world’s No.1 business coach for 3 decades.

Internationally known as one of the most influential entrepreneurs, Brad Sugars is a bestselling author, keynote speaker, and the No.1 business coach in the world. Over the course of his 30-year career as an entrepreneur, Brad has become the CEO of 9+ companies and is the owner of the multi-million dollar franchise ActionCOACH.

Brad is a strong advocate for building a business that works without you – so you can spend more time doing what really matters to you. 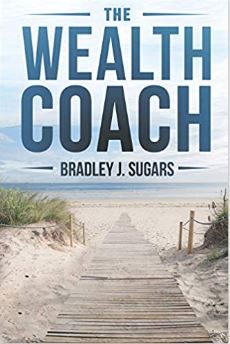 James Clear is the author of Atomic Habits, the creator of the Habits Academy, a weightlifter, and a travel photographer in over 30 countries.

His writing is focused on how we can create better habits, make better decisions, and live better lives. His work combines ideas from a wide range of disciplines including biology, neuroscience, psychology, philosophy, and more.

Clear’s work has been covered by dozens of major media outlets including The New York Times, Entrepreneur, TIME, and on CBS This Morning. He don’t consider himself an expert and he doesn’t believe he has all the answers, but he’s happy to share what he’s learned so far. 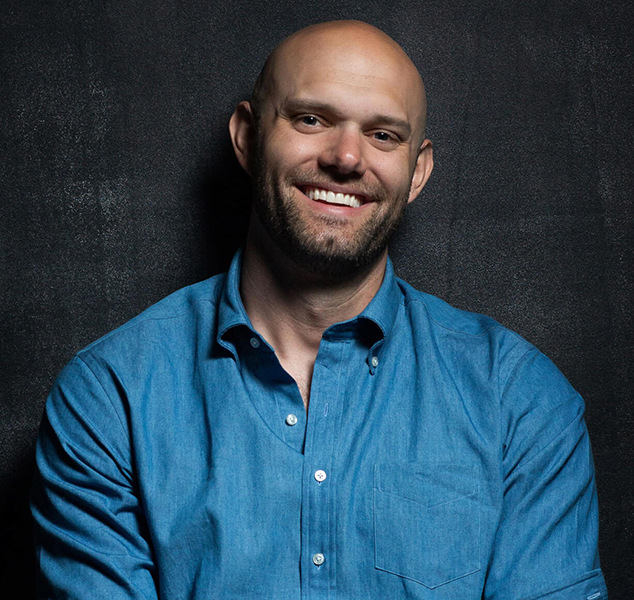 The Benefits of Attending Are Life-Changing: