Wes Cook Band is a country band from Nashville TN. Their recent success began in July 2018 with the release of a single and music video titled “I Stand for the Flag”. WCB intended this song to be a patriotic “olive branch” to America, but when Facebook censored the band’s ability to use paid advertising, the video went viral and became an international news story July 2nd-7th across print and other live media platforms including: Yahoo, Business Insider, Daily Mail UK, Breitbart, Drudge Report, Washington Examiner, Taste of Country, the Tennessean, the Daily Caller, MSN.com, and FoxNews.com. “I Stand” charted #1 on the Itunes Country chart. “I Stand” charted #2 on the Itunes all genre chart. The Wes Cook Band made interview and/or live performance appearances on: Diamond and Silk, #Walkaway with Brandon Straka, XM radio “Patriot Channel”, Fox First, and Fox and Friends live from NY. The music video received over 1 million views across the band’s social media accounts. In 2018, the Wes Cook Band performed over 275 shows in prime Broadway venues in Nashville TN and across the US on select tour dates. 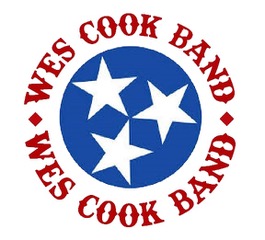 A group of seasoned touring veterans, Wes Cook, Nathan Stoops, and Trevor Layne drew on their love of 90’s country in 2019 to create their debut EP, “How Freedom Feels”, which was released May 24. In early 2019, WCB formed partnerships with a variety of NASCAR teams/individuals and multi-million dollar veteran companies. These deals include ongoing cross promotional strategies and social media support. The summer 2019 cross promotional focus surrounded the WCB #99 “I Stand for the Flag” NASCAR and driver Ryan Ellis. WCB was the title sponsor of this car for two Xfinity races…June 16 at Iowa Speedway, and August 24 at Road America in Wisconsin. They were joined on this car by Veteran companies Nine Line Apparel and Enlisted Nine Fight Company. The band has a deal with these two companies to create and cross promote a WCB I Stand for the Flag merchandise shirt. These products are sold through both WCB and Nine Line/Enlisted 9 sales portals. WCB was also a co-sponsor on the Enlisted Nine Fight Company #53 Chevy driven by BJ Mcleod which ran in the Coca-Cola 600 Cup races on May 18 and May 26 in Charlotte.